Arriving into Australian Royal Enfield dealerships on the 15th February, the new Meteor 350 adds another chapter to Royal Enfield’s legacy of producing cruisers loved by their riders. Pre-orders are now open.

“Made Like A Gun” and backed by three years warranty with premium roadside assistance, the LAMS approved Meteor 350 will be arriving in Australian dealerships on the 15th February. Pre-order yours today to be one of the first in the country to own the new Meteor 350!

The Meteor 350 inherits its name from another iconic Royal Enfield motorcycle of the 1950’s. Launched at the end of 1952, the Meteor was a magnificent touring motorcycle with a reputation that has stood the test of time. The new Royal Enfield Meteor 350 easy-cruiser, carries Royal Enfield’s signature styling but with many firsts, and is set to be an equally outstanding machine for our times. 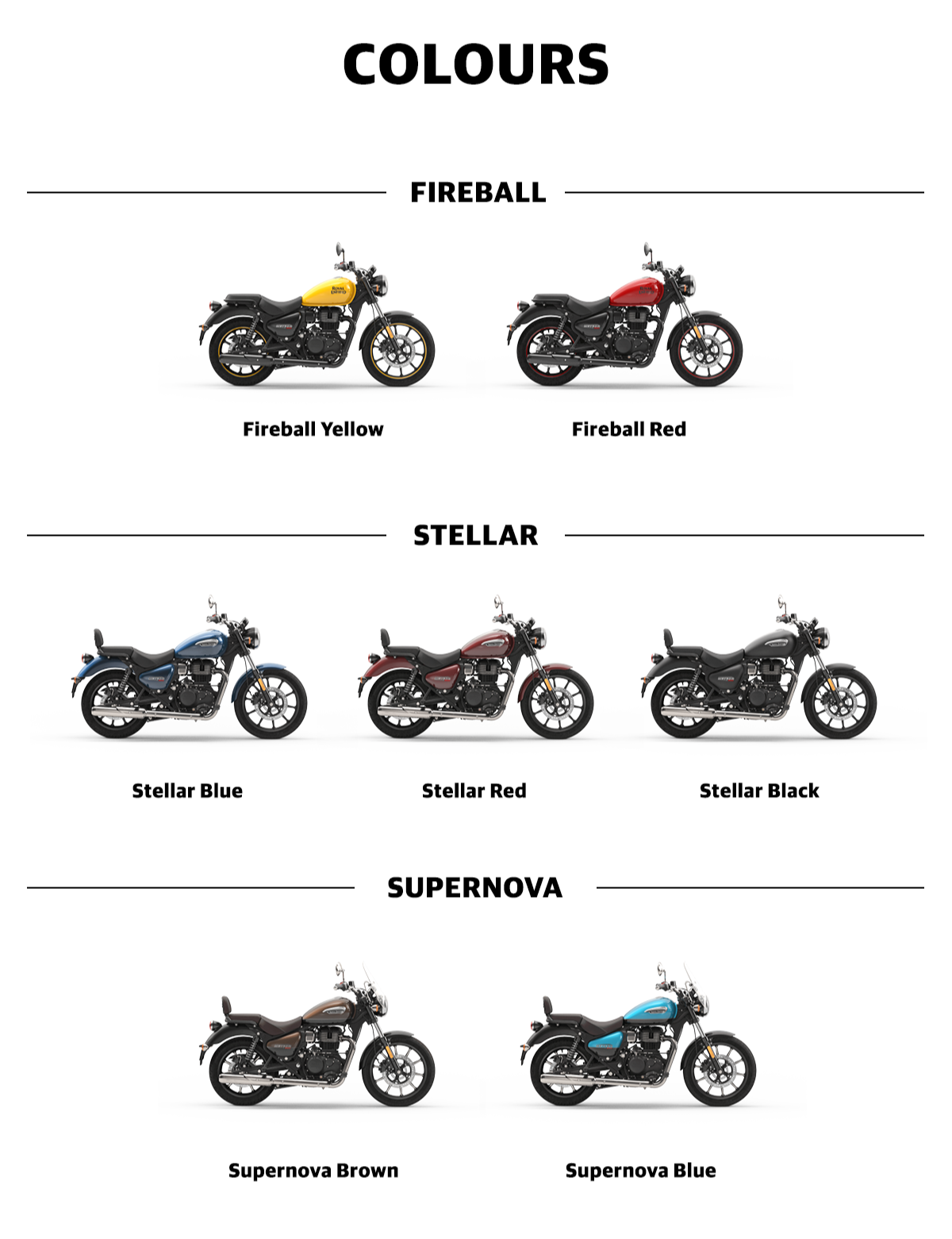 The oldest motorcycle brand in continuous production, Royal Enfield has created beautifully crafted motorcycles since 1901. From its British roots, a manufacturing plant was established in Madras in 1955, a foothold from which Royal Enfield spearheaded the growth of India’s mid-sized two-wheeler segment. Royal Enfields are engaging, uncomplicated, accessible and fun to ride; a vehicle for exploration and self expression. It’s an approach the brand calls Pure Motorcycling.

Royal Enfield’s premium line-up includes the all-new Meteor 350 cruiser, Interceptor 650 and Continental GT 650 twins, the Himalayan adventure tourer, and the iconic Bullet 350 and Classic 350 singles. Riders and a passionate community are fostered with a rich profusion of events at a local, regional and international level. Most notable are Rider Mania, an annual gathering of thousands of Royal Enfield enthusiasts in Goa and Himalayan Odyssey, a yearly pilgrimage over some of the toughest terrain and highest mountain passes.

A division of Eicher Motors Limited, Royal Enfield operates through 921 large format dealerships and 638 studio stores in all major cities and towns in India and exports to over 60 countries around the globe. The company’s two state-of-the-art production facilities are located at Oragadam and Vallam Vadagal, near Chennai. Royal Enfield recently invested in two world-class technical centres, in Bruntingthorpe, UK, and Chennai, India, and in 2020 opened its first assembly unit outside India, in Buenos Aires, Argentina. With more than 17% growth year-on-year for the last 5 years and sales in international markets up 96% in 2019-20, Royal Enfield is the leader in the global mid-size motorcycle market.